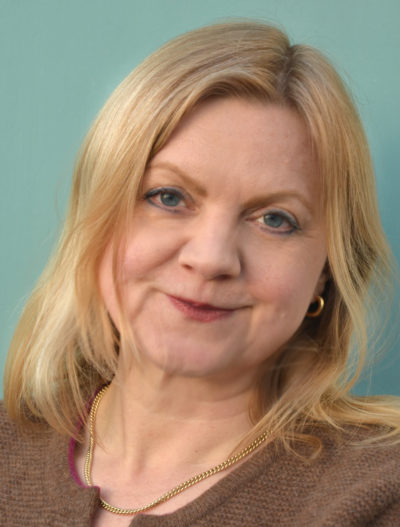 ‘My name is Carla Meijsen and I love to knit. Since I learned to knit when I was seven years old, the technique of knitting intrigued and inspired me. What began as a mere hobby, soon became hobby ánd work. Since then it has just gotten better and more interesting and fulfilling. Knitting plays an increasingly central role in my life. Not a day without knitting…

I’m the owner of the company The Dutch Knitters that has been founded in January 2009. In the capacity of The Dutch Knitters I teach classes in The Netherlands and abroad. The course Advanced Knitting (Het Betere Breiwerk), a serious 8-lesson course for advanced knitters is given at least twice a year in Amsterdam and/or Utrecht, elsewhere in the Netherlands and abroad (Belgium). The follow-up coars Higher Knitting will start soon.

I’m trained as a Textile Arts teacher. On 5 November 2016 I successfully completed the certification process to become a Master Knitter at The Knitting Guild Association (TKGA).

Since 2010 I make study trips with my knitting friends to countries such as Estonia, Sweden, Latvia, Norway and Great Britain to participate in knitting courses and to study the local knitting culture. In 2016 and 2017 I was Artist in Residence in Shetland. In December 2018 and January 2019 I will be Artist in Residence in Scalloway in Shetland, and in november 2019 in Talinn, Estonia.

In 2006 en 2007 The Dutch Knitters organised The Dutch Stitch ’n Bitch-Dag in the Van Nelle Fabriek in Rotterdam in cooperation with Second Events.